two kids and a campervan

our one wild and precious life 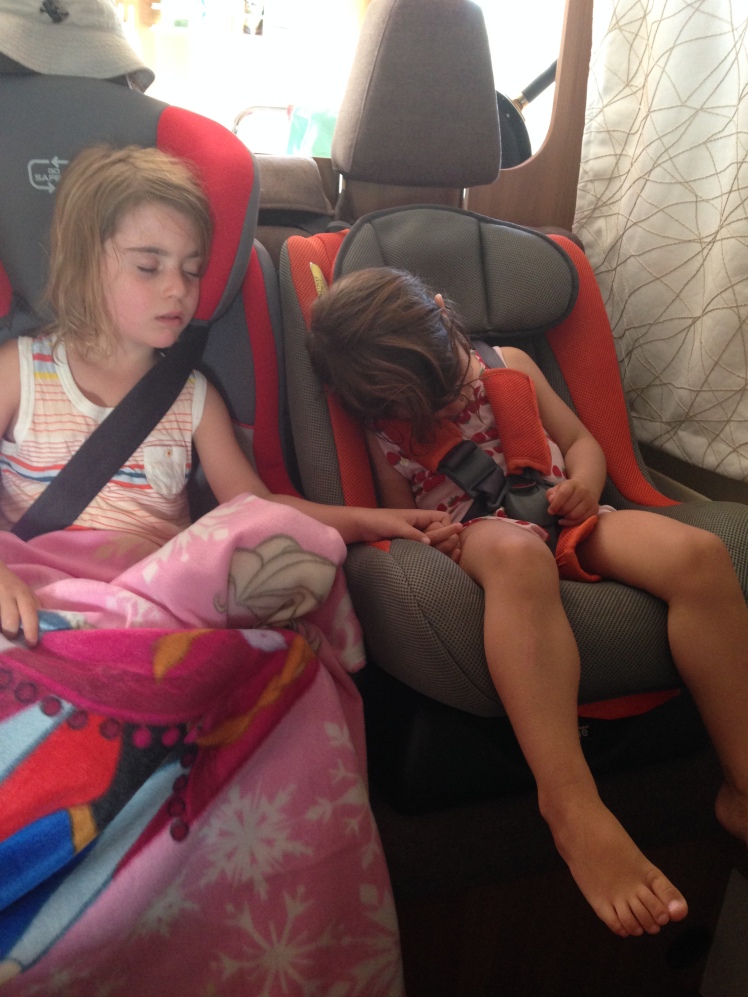 I am writing this as the girls sleep. We are parked outside the largest limestone mine in the world – Monsted – and the girls are having a much needed nap. Unlike our usual night-time routine, Noa and Lina have been staying up until around 10pm every night and sleeping in till about 8am. It’s what we had hoped for actually in that we are able to do more during the day and night and given it is summer and the sun doesn’t set till after 10pm it works quite well. We are in rhythm with nature and everyone around us and it feels culturally appropriate. The downside is that I am going to sleep after midnight (can’t stop chatting with my friends and drinking red wine and eating chocolate) which is slowly catching up with me and today I really feel it. I should be sleeping now when the girls sleep (yes mum, I hear you!) but I need to find time to write. My last blog entry was written a week after we had already left Holland so although it was great to recap and re-examine that journey, I feel it is much richer to write in the moment, or at least close to it. 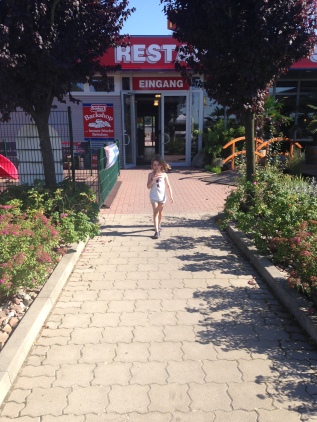 So here we are in Denmark. It’s been quite the journey to get here. We left Zwolle, Holland last Wednesday and drove into Germany that afternoon. Our first stop was at a truckie stop so the girls could get an ice cream and we could attempt to get wifi.(We are so SIM card and wifi challenged it is becoming an ongoing joke. I could write a post on it but it might bore you all to tears.) We even tried to convince the girls to get a McDonalds ice cream so we could get wifi there but Noa wouldn’t fall for that bullshit in a second. So after some arguing and compromising and general ‘get me out of here please’ discussions – the girls chose their ice cream. The gas station/diner itself was, as Guy said when we returned to the car, straight out of a Quentin Tarantino movie. It had such a dark and dreary feel to it. Single men sitting in a diner eating plates of hot food, while really great 70s/80s music played in the background. But no smiles, no conversations, no joy. The waitress was quite nice and probably relieved to engage with some friendly people. And then there was a casino across from the gas station that reeked of smoke and desperation and boredom and felt so forlorn you could cry if it weren’t so cinematically spectacular. 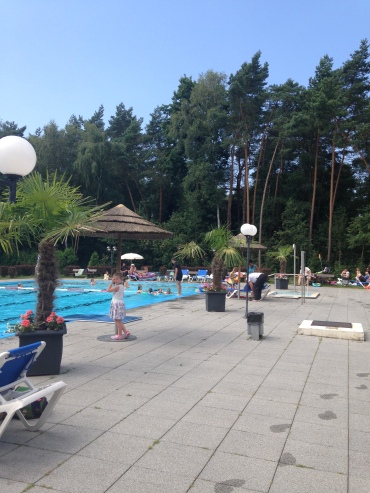 We moved pretty fast out of there to our next camping spot for the night. We are using an app that shows camping grounds on a map and we bought the section for Germany which has sort of become our ‘home’ in Europe given we keep passing through it to get to places. The irony doesn’t escape me. I found a spot close to the highway and its drawcard was that it had a swimming pool – perfect as it was very hot and after four hours of driving we all needed to cool off. Noa perfected her recent ‘swimming without any assistance in the deep end’ and Lina swam with her back board a few metres (so proud of them!). The best way I can describe the campground is to imagine the hotel complex in Dirty Dancing but more foresty and camp groundish and of course German. I imagine middle class Germans came here in the 1960s for their summers and spent the whole summer here, swimming, bike riding, dancing, having saunas. It doesn’t feel like much has changed which is what made it fun. The pool and surrounding area had a very 60s feel about it and the Greek restaurant next to the pool was probably so exotic in its day but now just felt kinda old and decrepit but cool. Though the door to the sauna was full of cobwebs I still gave it a pull but no luck, the sauna days are over. As we were leaving the next morning, I quickly rinsed off our bathers in the ladies bathroom while YMCA played on the radio. These moments are just gold anywhere in the world. 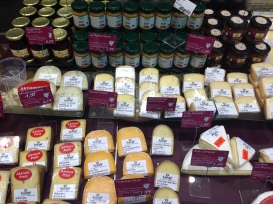 Next stop was Hamburg to see our friends again and to fix Danke. Poor Danke had gotten herself into a few fights with road signs, electricity boxes and me. After Guy’s big bang with the sign post in Ommen, he made a small error of judgment when moving the car in Camping de Roos and hit an electricity box. So small but so expensive. I also made a small error of judgement with my weight pushed against the rod that holds the net to stop the girls from falling out of the bed. Again – small error – big mistake. So we arranged with the caravan company to have it fixed in Hamburg. This was a surprisingly seamless experience and it was fixed in two hours while we went to yet another supermarket and bought more food. Food is our greatest expense and it has come to our attention this trip that we have two daughters who eat. Not babies or even toddlers. Two little people who eat a lot! 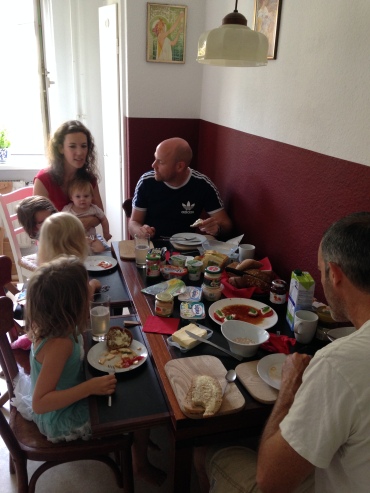 We then drove to Winterhude and spent the afternoon and early evening walking in the woods with Claudia and co and parked Danke for the night next to the park. This made for a quiet night but loud morning as we were awoken at 8am to the sound of fire engine sirens. Noa and I jumped up (as high as you can jump up on the top bed) and flipped open the blind to watch a whole lot of men in red shorts run to the fire engine, gear up and continue their training. It was quite a site. No fires, not even smoke, but some nice red shorts. After a big breakfast at Claudia’s and a play in the park we farewelled Claudia again and drove north to Denmark. 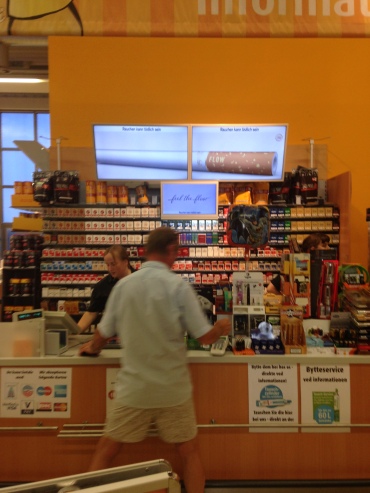 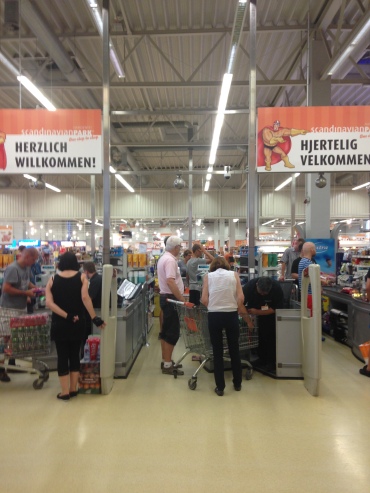 Our last stop before crossing the border was at Scandinavian Park. Now this is a place to see. As we were warned that food prices in Denmark are exceedingly high, it is best to buy as much produce and dry goods in Germany. Walking from the car park to the entrance of this beast of a building we witnessed shoppers lugging slabs and slabs of beer and other food stuffs in huge quantities. We did a small shop by comparison, a few bottles of wine (loving the European wines!), mustard, chocolate, ice creams, conditioner, etc. The highlight for me was buying a jar of salmon. I used to eat this as a child and even in my 20s but then it disappeared from Australian shelves. It’s salty and tasty and though Jorien says it smells like cat food I absolutely love it and am purposely not offering it to the girls so I can have it all for myself. The horror! I haven’t told Guy but on our exit from Denmark we must go back so I can buy five jars of it.